For the first time in over two years the Costa Cocordia is upright and ‘floating’ again – and below are some of the first images from inside the Costa Concordia wreckage.

Crews are in the process of moving the ship to a yard where it will be dismantled and used for scrap, but the search on-board continues today for the remains of the only person on-board yet to be located. Searchers will be looking for a 33-year-old waiter from India now that the interior of the ship is easier to navigate.

Here are some of the pictures from around the inside of the ship – including bars, dining areas, state rooms, and a piano lounge. Some of the areas had been submerged and others escaped major water damage as they remained above the water line. 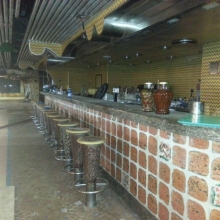 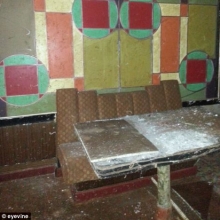 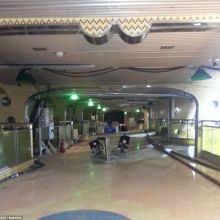 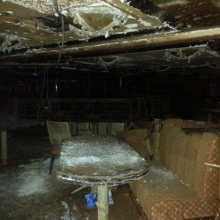 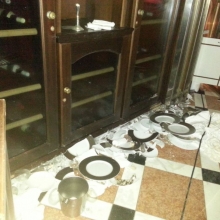 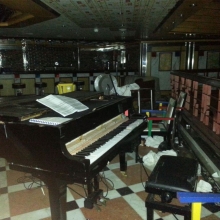 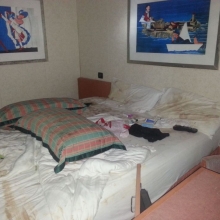 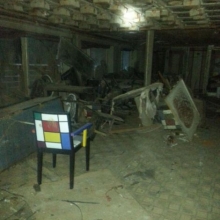 New video from off the coast of Spain showing the P&O MV Oriana battling rough seas and high waves during a recent sailing. Hope the passengers brought their Dramamine! Waves (within reason) are still better than Norovirus. Ooof.

UPDATE: 2:30 US Central Time: The Italian captain of the Costa Concordia has been arrested. The Guardian is reporting that an announcement was made after the ship had collided with underwater rocks stating that it was just an electrical failure. Passengers are also alleging they were attempting to board life-boats but the crew wouldn’t allow them to since the Captain hadn’t given the order. Skynews is indicating the captain was arrested officially for abandoning ship hours before everyone was rescued and out of harm’s way as well as several counts of manslaughter.

Normally when we hear of cruise ships running aground, becoming half submerged, it’s typically an old, small ship from a non-leading company. That changed overnight when the Costa Concordia, a roughly $700 million ship put into service in 2006, ran aground off Tuscany Italy and forcing over 4,200 on board to evacuate in a panic.

As of this morning, nearly 70 people are unaccounted for and three have been confirmed dead, though local officials believe some of the missing are likely taking shelter in private residences on small island of Giglio where the ship made contact with large under-water rocks (as seen in the picture gallery below). Passengers who escaped the horror described the experience like a scene from the movie “Titanic,” with plates crashing and climbing around hallways that had been turned on their side.

Costa and Carnival are so closely related, that the ship that just ran aground has a sister-ship in the Carnival Cruise Lineup – the Carnival Splendor. The Splendor is actually considered part of the “Concordia Class Ships,” but is a slightly smaller version.

To those who have cruised from the United States, you know that a safety drill is required at the very start of the cruise – but for some reason (whether it not be a priority or a breach in policy)- the safety drill was schedule for later in the day. Some of the U.S. passengers on-board joked, “what if something happened today?” What if.

We hope that the remaining missing passengers are safe and sound – since in this day and age, the largest cruise company in the world with a ship a little over 5 years old shouldn’t be running into islands.